Cinnamon rolls with simple powdered sugar icing are timeless and good just as they are, but I also love finding and discovering new ways to enjoy the classics. After all, the best kinds of reinvented recipes are fresh but also familiar! So what is the best icing for cinnamon rolls? Here are some easy homemade cinnamon roll icing and frosting variations you can try and find out.

You can’t start a cinnamon frosting post without mentioning cream cheese. It’s hard to imagine cinnamon rolls without this ingredient nowadays, but it wasn’t until the 1960s when cream cheese become more widely accessible that it started being incorporated into icing and frosting recipes.

To make a basic cream cheese frosting you only need 2 ingredients: 8 oz (227 g) of cream cheese and about 1 cup (120g) of powdered sugar.

Note: Traditional recipes like this one from Wilton and Betty Crocker also call for butter, but you can leave it out since cream cheese is thick enough to stabilize the frosting.

The beauty of this frosting recipe is that you can choose any cream cheese you like. Today there are dozen varieties of cream cheese, from strawberry flavored cream cheese to savory kinds like spicy jalapeño. There’s also lactose free cream cheese like one from Green Valley, to vegan cream cheese that’s made from soy (Tofutti) to almond milk based products like (Kite Hill Cream Cheese). For lower carb, lower calorie options you can use low fat cheese like Laughing Cow cream cheese, or this Greek yogurt cream cheese. Instructions on how to make a variety of cream cheese cinnamon roll frosting below:

The best breakfast treats are ones that brighten up your day. So what better way to delight your family than with confetti? Confetti sprinkles make a good addition to both vanilla and chocolate frosting recipes, but here’s the secret to making the frosting also taste like birthday cake: add baking soda. The addition of this ingredient adds a slightly salty, baked flavor to the frosting and makes it taste like the real thing.

Love coconut? This creamy, tropical version of cream cheese frosting gets its coconutty flavor and silky texture from the addition of cream of coconut! It’s a perfect summer frosting recipe for cinnamon rolls, but it can also be used on cupcakes, cookies and more. I especially love sprinkling on lightly toasted coconut flakes to add additional texture.

Surprise! Here’s proof that cinnamon rolls don’t need to be coated in icing or frosting. The thin chocolate glaze actually helps to keep the cinnamon rolls softer longer because the coating helps keep the moisture and prevents the bread from drying out. Plus, these rolls can be kept at room temperature without spoiling, and it’s a great glaze alternative if you’re looking for cinnamon roll icing recipes without cream cheese or powdered sugar.

If you like custard-filled donuts, you’re going to love serving cinnamon rolls with a dollop of custard or pastry cream. The creamy, pudding-like texture of the custard is just perfect with the soft and fluffy rolls and adds a subtle eggy, vanilla flavor. For the custard pic below, I used my shortcut microwave custard recipe), but if you want you can also use vanilla pudding, too! Just pipe huge dollops of the custard or vanilla pudding on top of the rolls and enjoy!

Sometimes, simple and sweet is the best choice. No need to be elaborate, when you can scoop on some whipped cream to your cinnamon rolls. The silky, airy texture of whipped cream goes fantastically well with the soft cinnamon rolls, especially with fresh fruit like strawberries.

Cinnamon rolls are widely loved for their glossy white glaze, but this simple matcha glaze is really something to brag about. Made with powdered sugar, water and matcha powder, this vibrant green icing is the perfect balance of sweet, earthy and bitter. Plus, matcha is packed with antioxidants and healthy dose of caffeine to keep you awake.

Coffee-flavored desserts have been on the rise recently, and I couldn’t be happier! Coffee paired with my favorite breakfast bread? It’s just too perfect. I swear you’ll be waking up early to have these cinnamon rolls with your morning coffee.

Cinnamon rolls already have the sticky and sweet covered, but the caramel glaze goes beyond that–it turns it into the flavors of fall. Rich and buttery, gooey and sweet, any cinnamon rolls topped with caramel deserve a spot on the list of the Top 10 Foods to Eat on a Chilly Day! It’s also the most perfect finishing touch for these Caramel Apple Pie Cinnamon Rolls (pic below).

There are a couple of ways to get this ingredient. The easiest way is to use storebought, like this caramel sauce, or this vegan kind that’s made from coconut milk. To make caramel at home from scratch, here are some homemade caramel recipes you can look at:

Crunchy, sweet and tangy, this whipped oreo cream cheese has an addicting cookie and cream flavor that comes from the crushed-up Oreo cookies. It’s so good, you’ll probably want to eat this frosting right from the bowl.

Chocolate Hazelnut Spread is just one of those pantry items that I always have in stock in my kitchen. Nutella is the most popular, but you can also use more drippy textured chocolate hazelnut spread brands like Nutiva (what I used in the photos) which have less sugar and calories than Nutella.

Pecan pies are one of my favorite desserts of fall, and this cinnamon roll frosting tastes just like a slice of a sweet and sticky pecan pie–minus the crust! Rich and decadent, the secret to to the pecan pie flavor comes from pecan butter which you can buy in stores or online (here). It’s the perfect frosting recipe for the holidays. You’ll love it!

Lemon curd is not just for scones and pastries! Tangy, sillky and buttery, you only need to apply a thin layer of lemon curd to add a bright lemon flavor to your cinnamon rolls. I love pairing these lemon curd iced rolls with fresh blueberries and mint tea in the spring or summer.

How could I forget? Turns out that I skipped the obvious. The simple cinnamon roll icing with water is the most basic of the cinnamon roll glazes. All you need is powdered sugar and water to make this simple glaze, but the color and flavor variations are endless. Examples below!

While this isn’t technically an icing or a frosting idea, I wanted to add this one at the end as a reminder that cinnamon rolls don’t HAVE to be dressed up. Most cinnamon rolls are perfectly moist and sweet enough without the extra topping, and in my opinion, the light dusting of powdered sugar is an easy solution for people who don’t want to deal with the extra step of making and icing the rolls 🙂

When do you put icing on cinnamon rolls?

Can I make cinnamon roll frosting without powdered sugar / cream cheese ? Does the frosting need to be refrigerated?

NEXT UP, Healthier Icings!

It’s hard to imagine cinnamon rolls without that classic white icing, but there are plenty of delicious and easy homemade cinnamon icing and frosting recipes out there that you can make without butter or powdered sugar. Here’s a list of Healthy Cinnamon Roll Icing and Frosting ideas, from my almond yogurt frosting and peanut butter powder chocolate frosting, that is better for you and even have great health benefits. 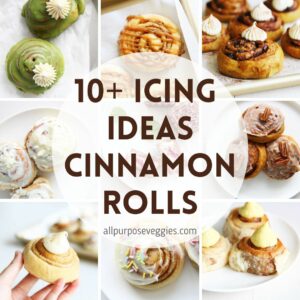 All Purpose Veggies
Cinnamon rolls with simple powdered sugar icing are timeless and good just as they are, but I also love finding and discovering new ways to enjoy the classics. After all, the best kinds of reinvented recipes are fresh but also familiar! So what is the best icing for cinnamon rolls? Here are some easy homemade cinnamon roll icing and frosting variations you can try and find out.
5 from 1 vote
Pin it Print it Leave a Comment
Course Breakfast, Dessert
Cuisine American
Servings 10 recipes

Keyword frosting, glaze, icing
Did You Like this Recipe?I’d love to know more about it! Please leave a rating or comment below so I know what to add and which recipes to share with you next! 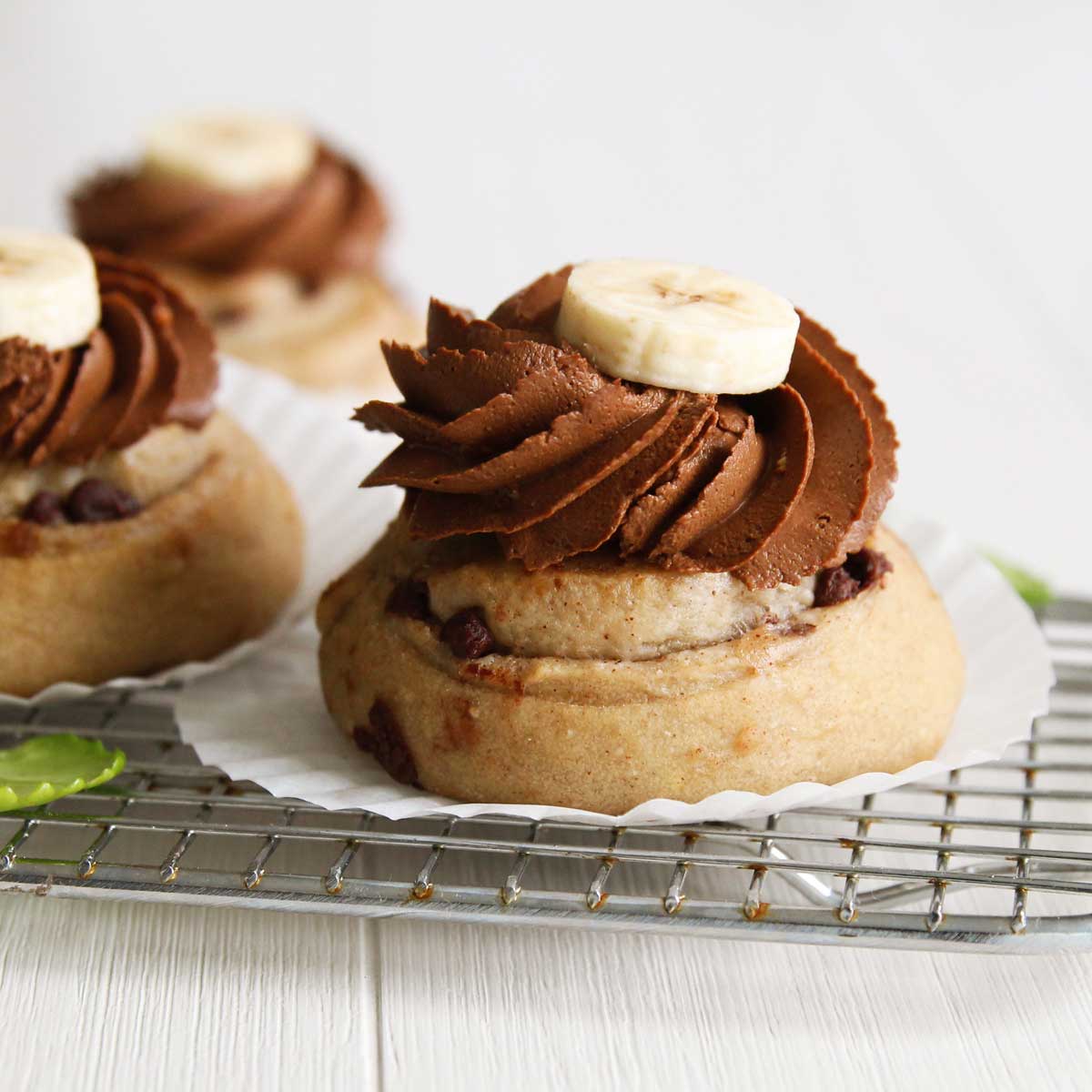 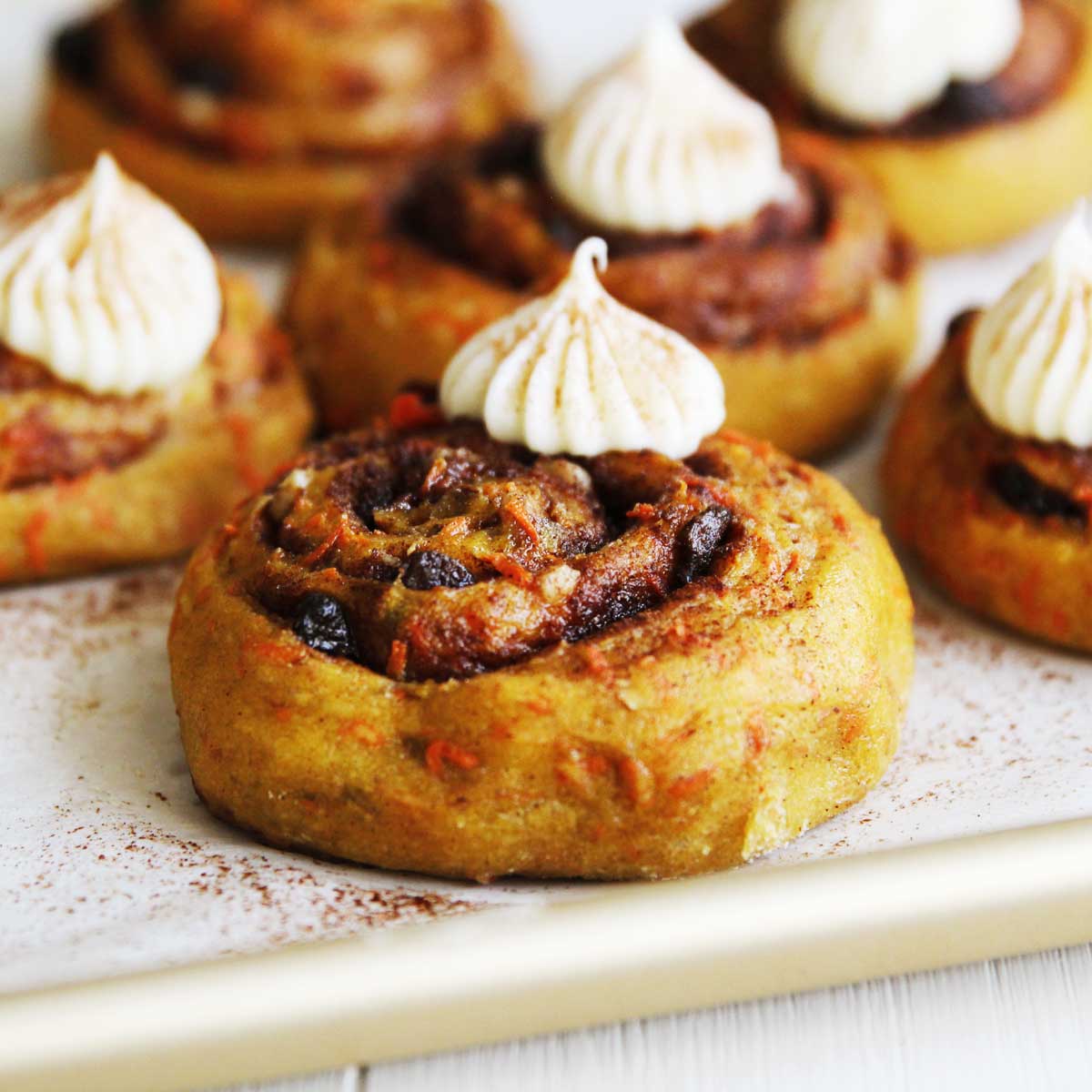 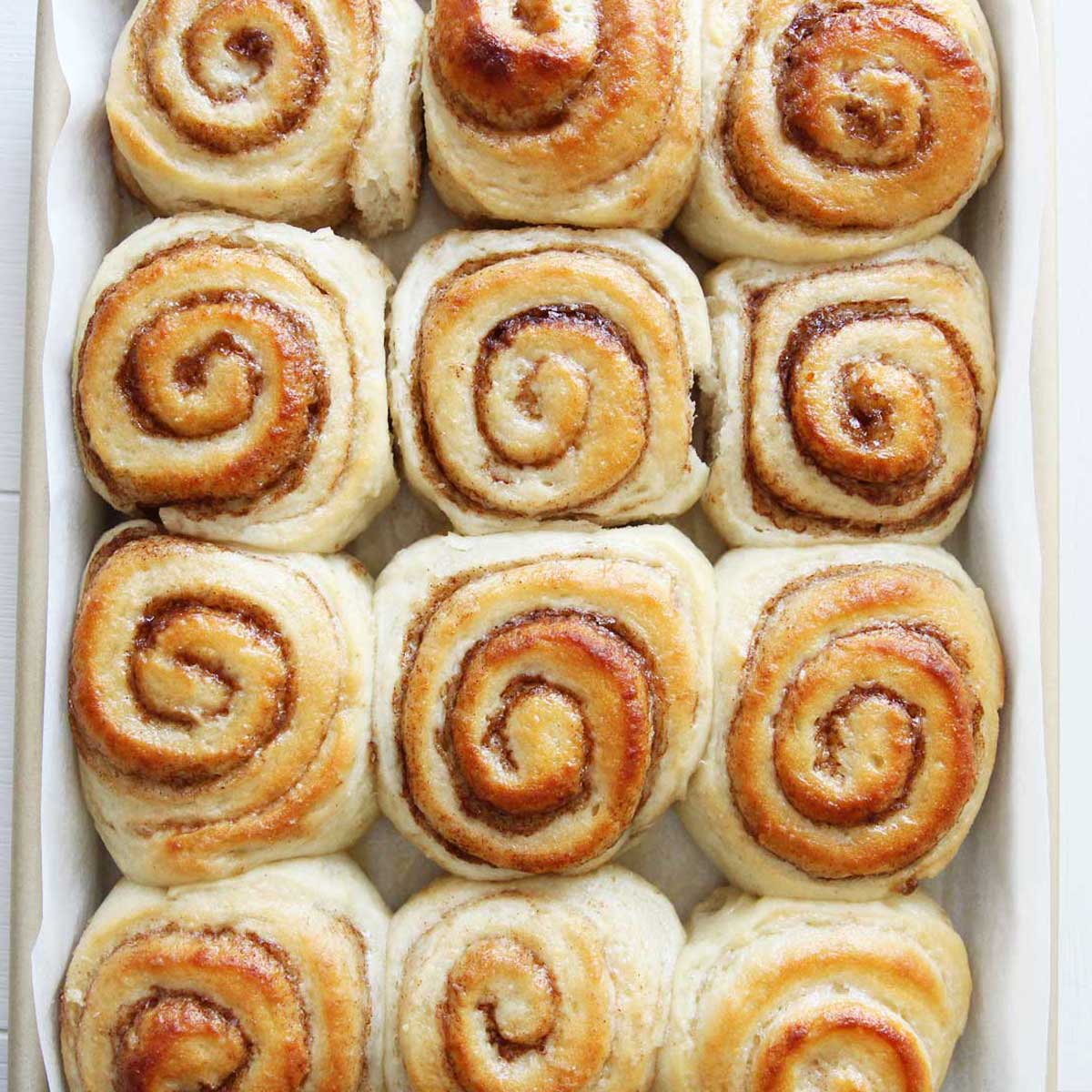 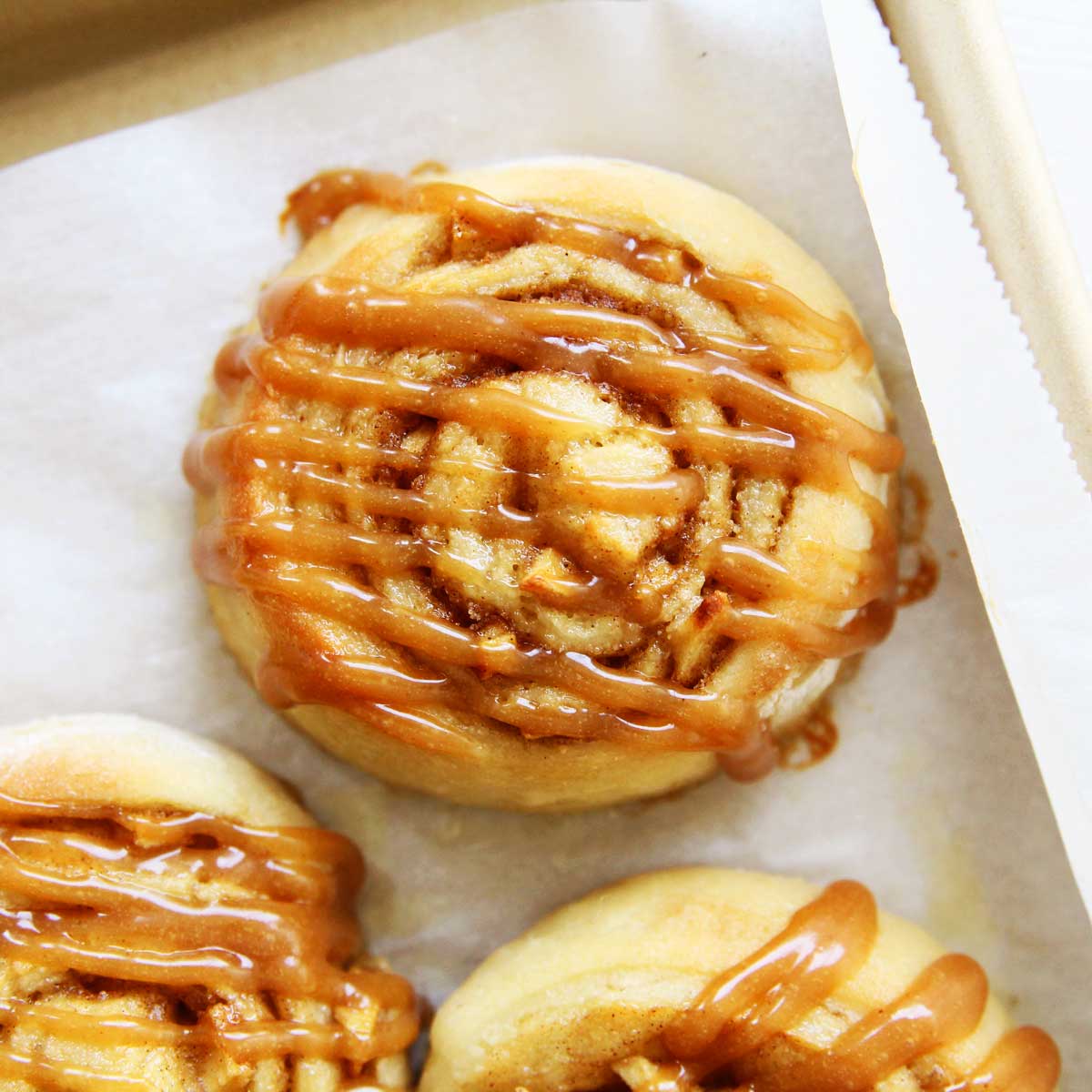 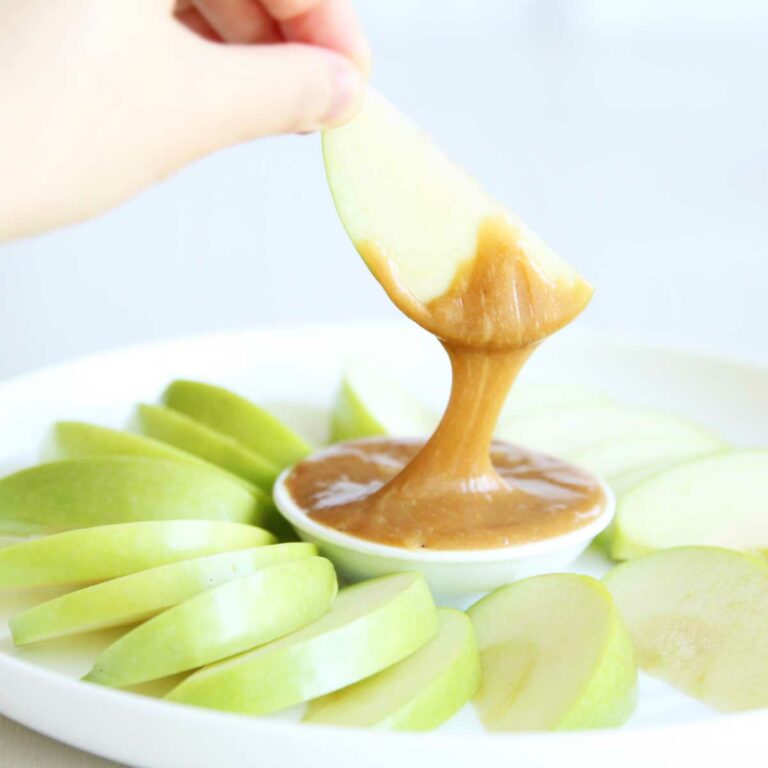 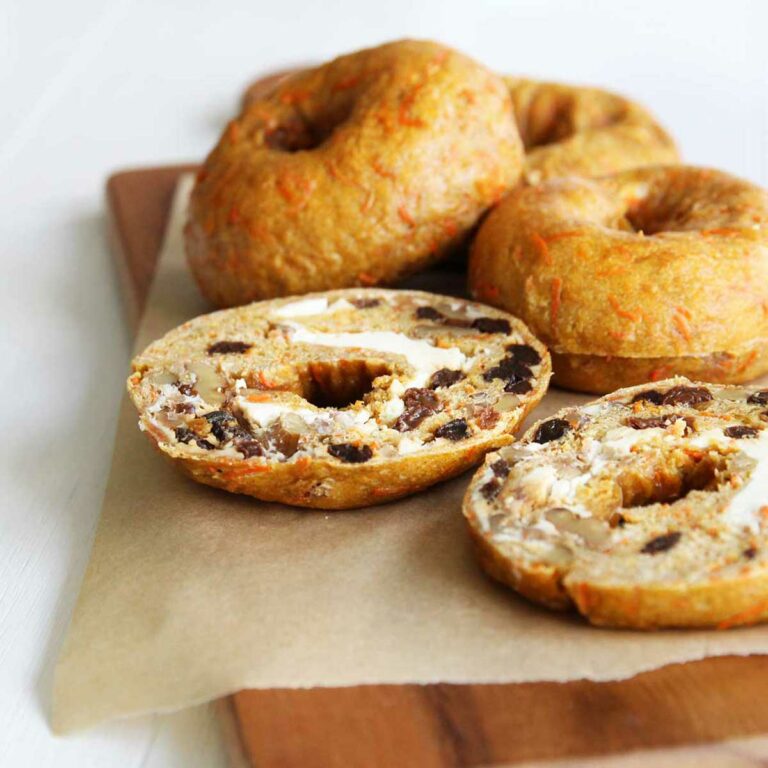 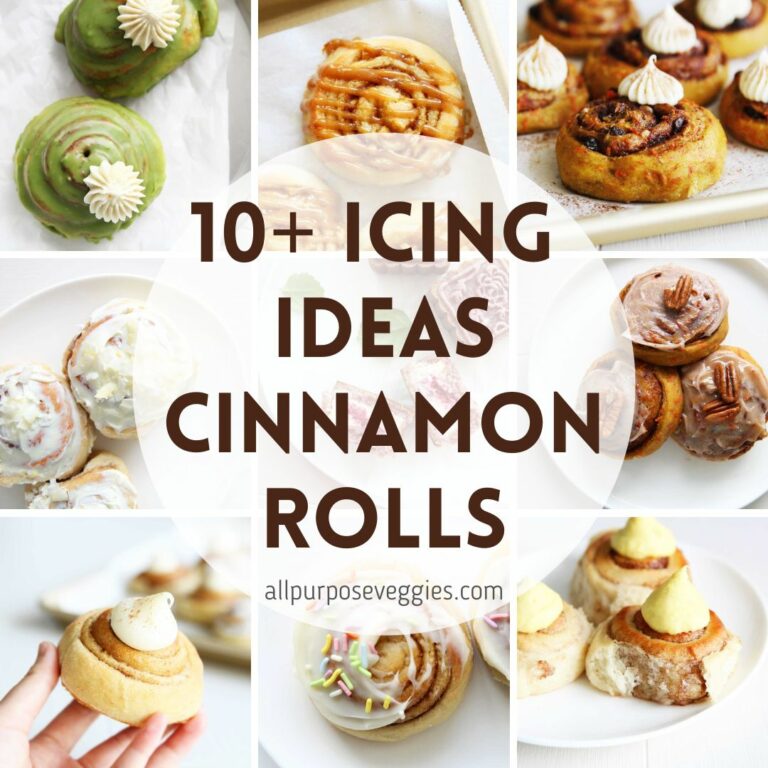 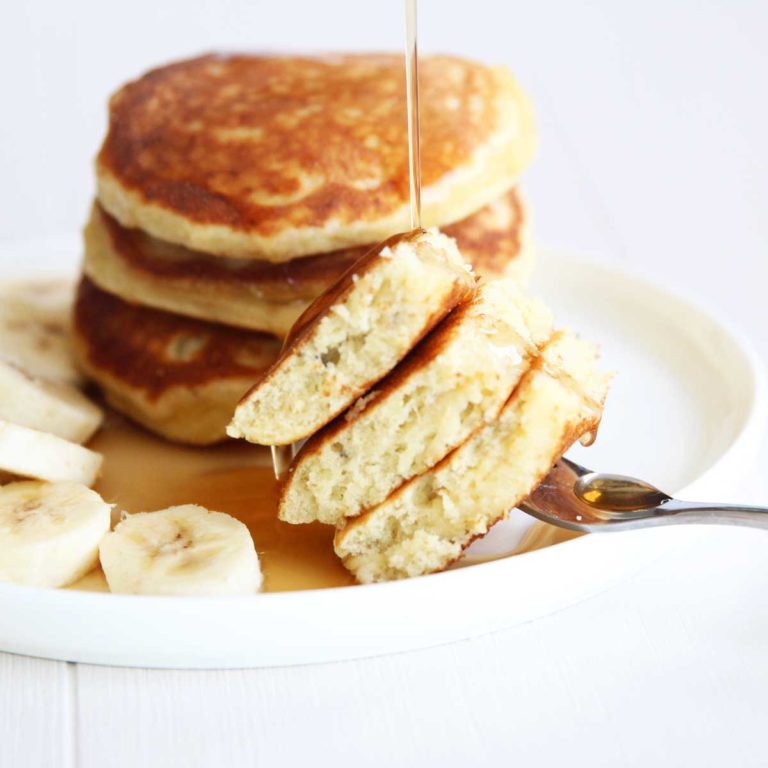 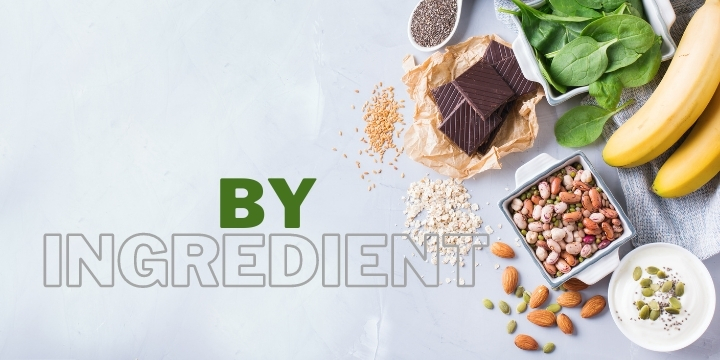 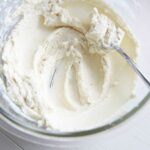