You are here: Home / BY DIET

Gluten is a protein found in some grains (mainly wheat, rye, spelt, and barley), and contained in wheat-based flours. Most of the recipes on All Purpose Veggies are gluten-free since I use wheat alternatives like oat, almond and coconut flours.

The Paleo Diet, or the “caveman diet,” focuses on eating foods that would have been consumed by humans before agriculture developed. The diet includes lean meats, fish, fruits, vegetables, nuts and seeds and excludes dairy, legumes and grains. Paleo baking also omits refined sugar and wheat products, which make them naturally gluten-free. Instead of wheat flour, almond and coconut flours are used to provide the bulk of paleo desserts.

As a plant-based diet, a Vegan Diet focuses on eating wholesome foods such as fruits, vegetables, nuts, seeds, oils, whole grains, legumes, and pulses (beans) while excluding all animal products, such as meat, fish/shellfish, milk, cheese, butter, eggs or honey. Vegan desserts can be just as delicious as the non-vegan counterparts. When I bake vegan I use ingredients like dairy-free milk, flax eggs, olive oil and coconut sugar to replace dairy items, eggs and honey. 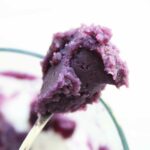 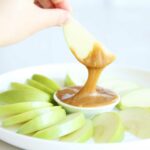